How vessels were safely decontaminated after environmental disaster

On April 20, 2010, the Deepwater Horizon oil rig in the Gulf of Mexico owned by BP exploded and caught fire, initiating the worst man-made environmental disaster in U.S. history. Following the blast, oil spilled continuously into the Gulf for 100 days, releasing an estimated 4.9 million barrels of oil and contaminating more than 665 million miles of coastline. The overwhelming size, scope and duration of the spill required an even bigger response.

Vessel decontamination was a challenge

During the peak of the cleanup, more than 7,000 vessels, 10.4 million square feet of boom and 47,000 people were mobilized. Given the widespread contamination, boats that were in the Gulf frequently came in contact with the oil and would collect an oil residue that contaminated the hulls. To protect the clean water near the shoreline and in boat harbors, the contaminated vessels needed to be cleaned.

Conventional vessel decontamination involves solvents, hot high pressure water blasting and manual cleaning. Solvents are used to dissolve unwanted surface materials, while flushing, rinsing or hand tool operation is frequently required to remove the dissolved materials. These conventional methods contribute secondary waste to the decontamination process and create a hazardous mixture of water, solvent and oil residue that can introduce more toxins to the environment and must be treated as hazardous waste. In remote areas, the wastewater generated by traditional vessel decontamination procedure creates additional challenges with transport and disposal.

To address the vessel contamination challenge, GearClean, a dry ice cleaning contractor, approached BP with the concept of dry ice cleaning. The process was well received by the company, as well as the U.S. Coast Guard and boat captains.

Troy Aycock, BP Operations, commented, “When GearClean approached BP with this innovative process I saw the potential for a much reduced environmental impact and cost savings based on a reduction of waste water and contaminated materials. When you’re dealing with hazardous waste the number one priority is to reduce and reuse. The GearClean dry ice blast cleaning process is the most environmentally friendly cleanup tool I have had the opportunity to work with firsthand.” 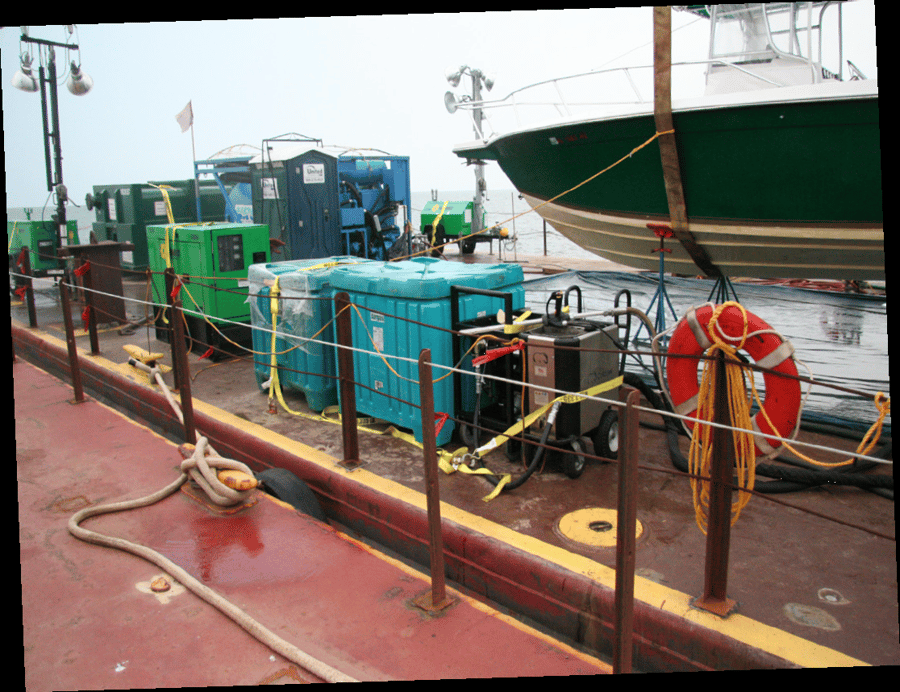 The dry ice cleaning process uses controlled compressed air to accelerate reclaimed CO2 in the form of dry ice pellets. Upon contact with the surface being cleaned, the dry ice sublimates, lifting contaminants without leaving behind any secondary waste. Dry ice blasting is environmentally responsible, non-hazardous and non-toxic.

Under the guidance of BP and the U.S. Coast Guard, GearClean deployed 35 Cold Jet dry ice cleaning systems at 24 vessel decontamination stations at locations along approximately 200 miles of coast from Gulfport, Mississippi, to Port St. Joe, Florida. At full strength, GearClean’s crew was made up of 322 people, worked 24 hours a day, seven days a week to meet the needs of the U.S. Coast Guard and boat operators.

“The decontamination process was non-stop, arduous work, and as such, required dry ice cleaning systems that could meet the demanding schedule and hot and humid conditions,” stated Art Major, president of GearClean. “Cold Jet’s systems are engineered to last and have been tested and deployed in a variety of demanding environments. As a result, we were able to support the organizations involved in the oil clean-up process in a fast, environmentally friendly way.” 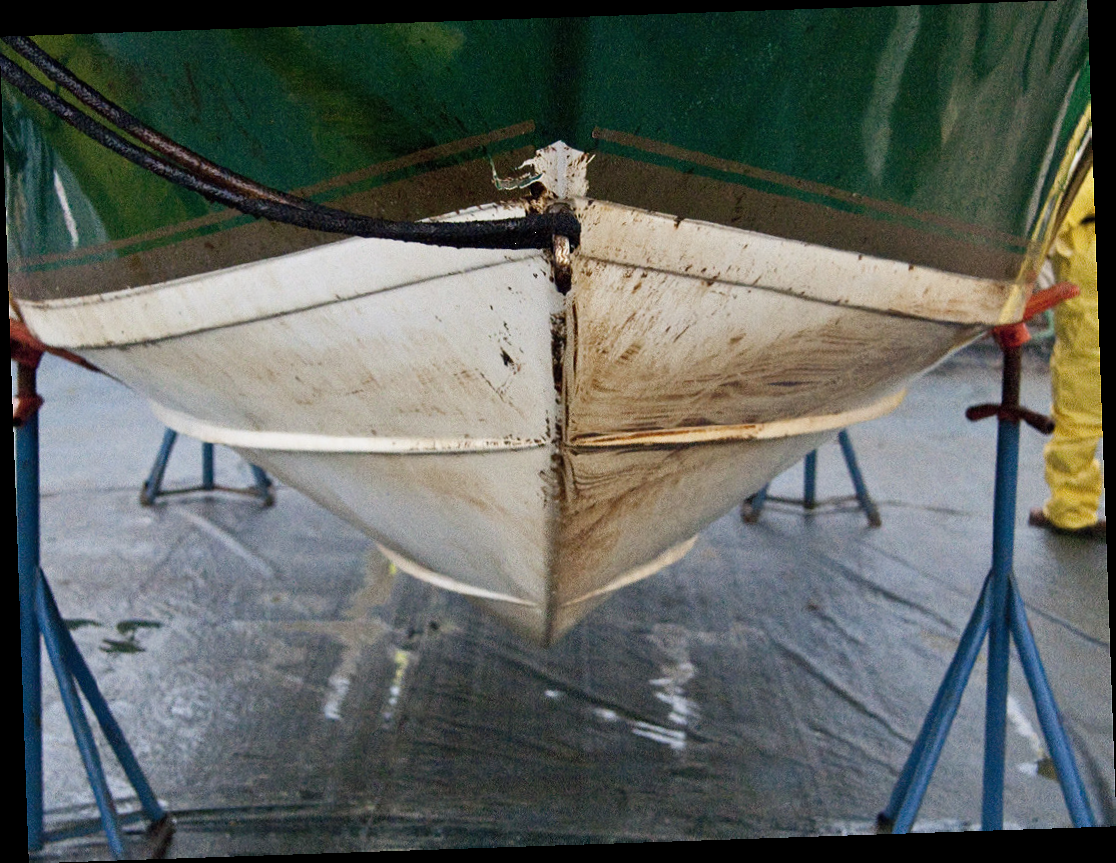 The GearClean team was responsible for cleaning boats before they returned to port. The effort was initiated to ensure that the coastline’s ports, marinas and ecosystems were not contaminated. During the clean-up effort, GearClean decontaminated more than 1,000 vessels, which helped to eliminate an estimated 3 million gallons of hazardous waste that would have been created by conventional cleaning methods.

“Through dry ice cleaning we were able to directly reduce the amount of hazardous waste that was being disposed of at landfills and hazardous waste incinerators along the gulf coast,” said Major. “In addition, the reductions in waste increased the efficiency of the decontamination process by eliminating the need to store and transport the additional hazardous materials.”

Major added, “We were actively involved in the decontamination of several key response vessels, ensuring they were cleaned prior to their movement into uncontaminated waters.”

According to GearClean estimates, dry ice cleaning helped to reduce waste disposal and transportation costs by an estimated $720,000, compared to conventional cleaning methods.

“The innovative use of Cold Jet’s systems as part of the Deepwater Horizon cleanup demonstrates how dry ice cleaning technology can change the way people and organizations think about cleaning and restoration projects. GearClean’s efforts had a positive impact on the operations in the Gulf and helped further advance dry ice cleaning as an innovative and environmentally responsible cleaning solution.”