How to restore a historic B-17 with dry ice 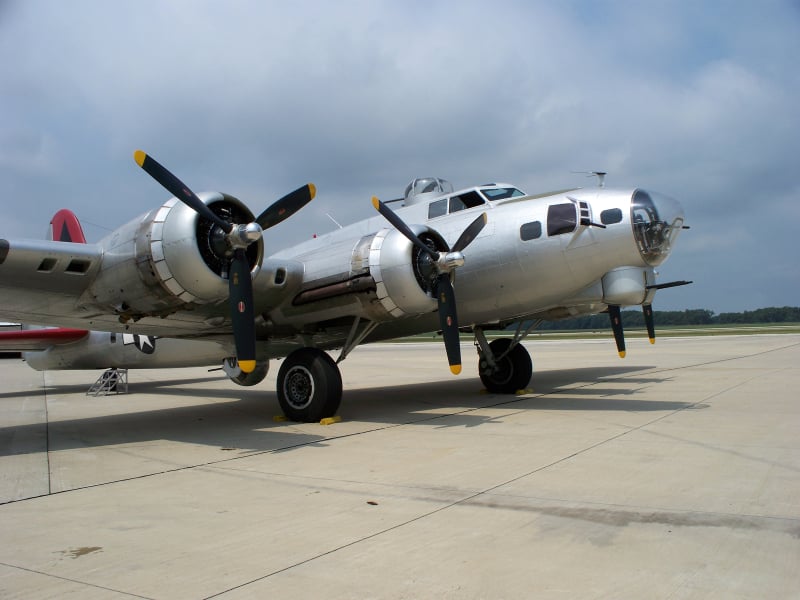 Among the museum’s many exhibits is a B-17G Flying Fortress aircraft, which along with the B-24 was the most widely flown aircraft by the Mighty 8th. The aircraft came to the museum in early 2009 from the National Air and Space Museum in Washington D.C. after years of service in a variety of occupations.

Built near the end of World War II, the B-17 soon became obsolete and the plane was put into storage by the military.

After the war, the B-17 experienced an exciting journey:

“We had been searching for more than a decade for a B-17 to display in our museum, and were extremely excited to get one that we could call our own,” said Henry Skipper, CEO of the Mighty Eighth Air Force Museum. “When the B-17 came to our museum, it was airworthy, but was unadorned and unarmed, and had been through many years of difficult service. We knew restoring the aircraft after its years of service over the ocean, fighting fires and sitting idle, was going to be a massive project.”

After being acquired, the museum placed the B-17 in its Combat gallery, allowing visitors to watch as four crews of volunteers began the process of stripping, cleaning and reassembling the aircraft.

Project manager Jerry McLaughlin called the plane “filthy,” adding, “You can only imagine the wear and tear that 30 years of arduous service can have on everything from the engine and wheel wells, to the interior of the plane. We had to get the plane down to the bare bones so that we could begin the process of repainting it olive drab and adorning it with the original equipment that made it the Flying Fortress.”

After removing the electrical instruments and other equipment from the interior, including two 1,200 gallon tanks used for firebombing, the restoration crew acquired a power washer to help clean and restore the plane.

Unfortunately, the power washer was messy and could not adequately remove the layers of paint, grease and grime that had accumulated over the years. The museum then bought a steam cleaner, and while the results were better than the power washer, it created an extremely hot and messy work environment and did not produce the results that the crew was hoping for.

McLaughlin added, “The power washer and steam cleaner were all we had, and because we were cleaning it inside, we knew we could not use some of the more explosive blasting methods, such as crushed walnut shells or plastic beads.”

With the cleaning project stalled, Skipper and McLaughlin decided to visit the National Museum of the U.S. Air Force at Wright-Patterson Air Force Base in Dayton, Ohio where crews were restoring the most famous B-17, the Memphis Belle. Workers at Wright-Patterson were using a Cold Jet dry ice blasting system to successfully clean a small section of the interior of the aircraft.

“We figured if dry ice blasting worked for the Memphis Belle, then it would work for our B-17,” stated Skipper. “We contacted Cold Jet, and the company was more than happy to help us with our project.”

Dry ice blasting uses recycled CO2 in the form of non-abrasive dry ice pellets or blocks for a variety of cleaning applications. The dry ice media, blasted using pressurized air at user-controlled speeds, sublimates upon impact with the surface being cleaned, lifting away dirt and contaminants without leaving behind any secondary waste.

The Mighty Eighth’s restoration crew started to use a dry ice blasting system to remove years of build-up and grease from the wings and the engine coverings. Throughout the month, the crew used the dry ice blasting system to clean the plane’s four engines and wheel wells, and remove bubbled and chipped paint from the fuselage and portions of the interior, which has helped well-used parts to “look like new” and prepare the plane for its new paint job.

In addition to the B-17, the museum’s volunteer crew also used the dry ice blasting system to clean a red 1941 Ford fire truck, which is being restored to the way it looked while in operation at Chatham Airfield during World War II.

“When we started to use Cold Jet’s system, our efficiency levels dramatically increased,” said McLaughlin. “With a power washer and steam cleaner, we ran into a number of challenges that were quickly overcome with the dry ice blasting process. People have been fascinated by the B-17’s restoration process, and we have received numerous inquiries from people across the country who are restoring planes. The process has tremendous value in cleaning and restoration projects, and we appreciate Cold Jet’s efforts in helping us bring back to life this valuable piece of history. 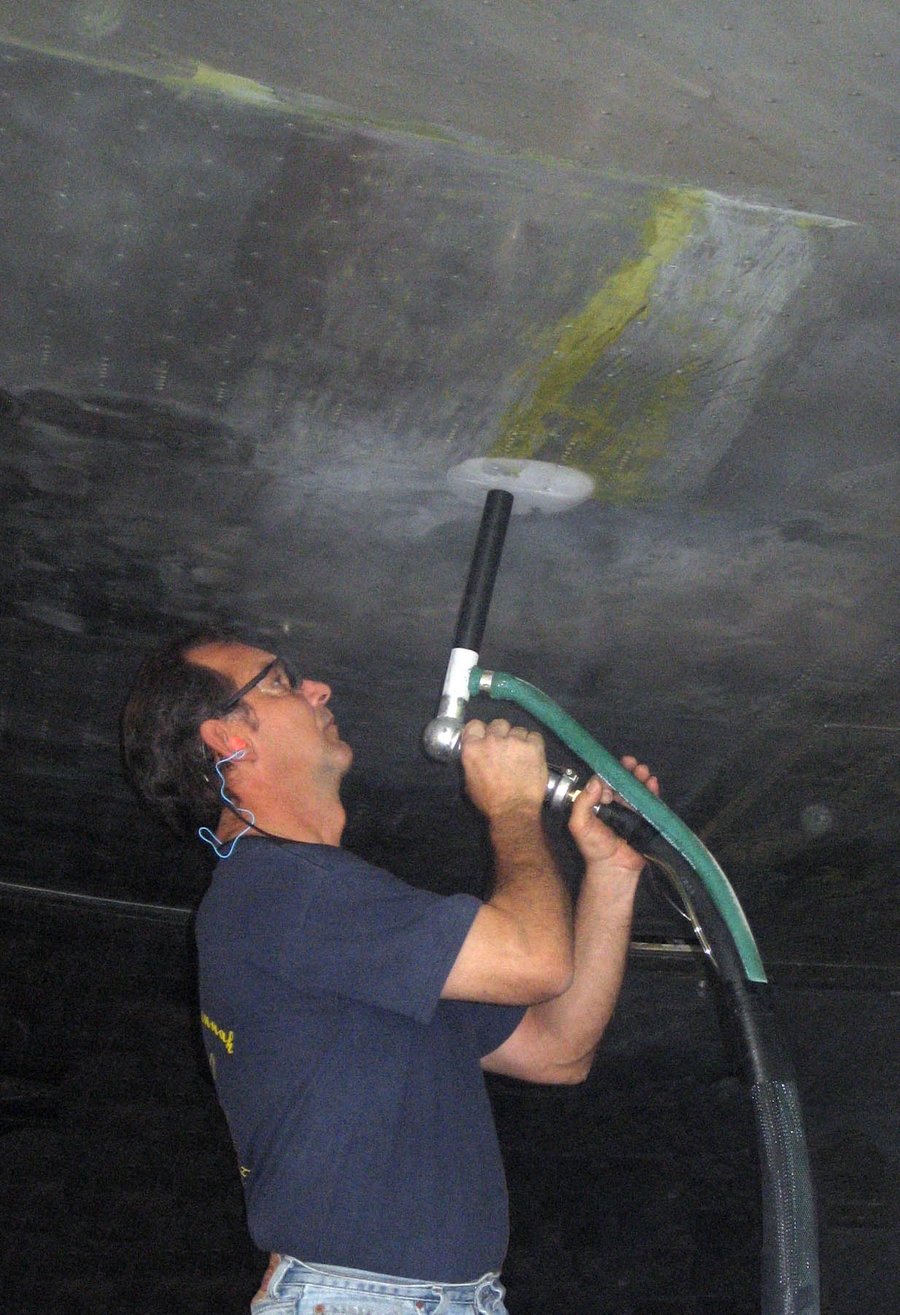