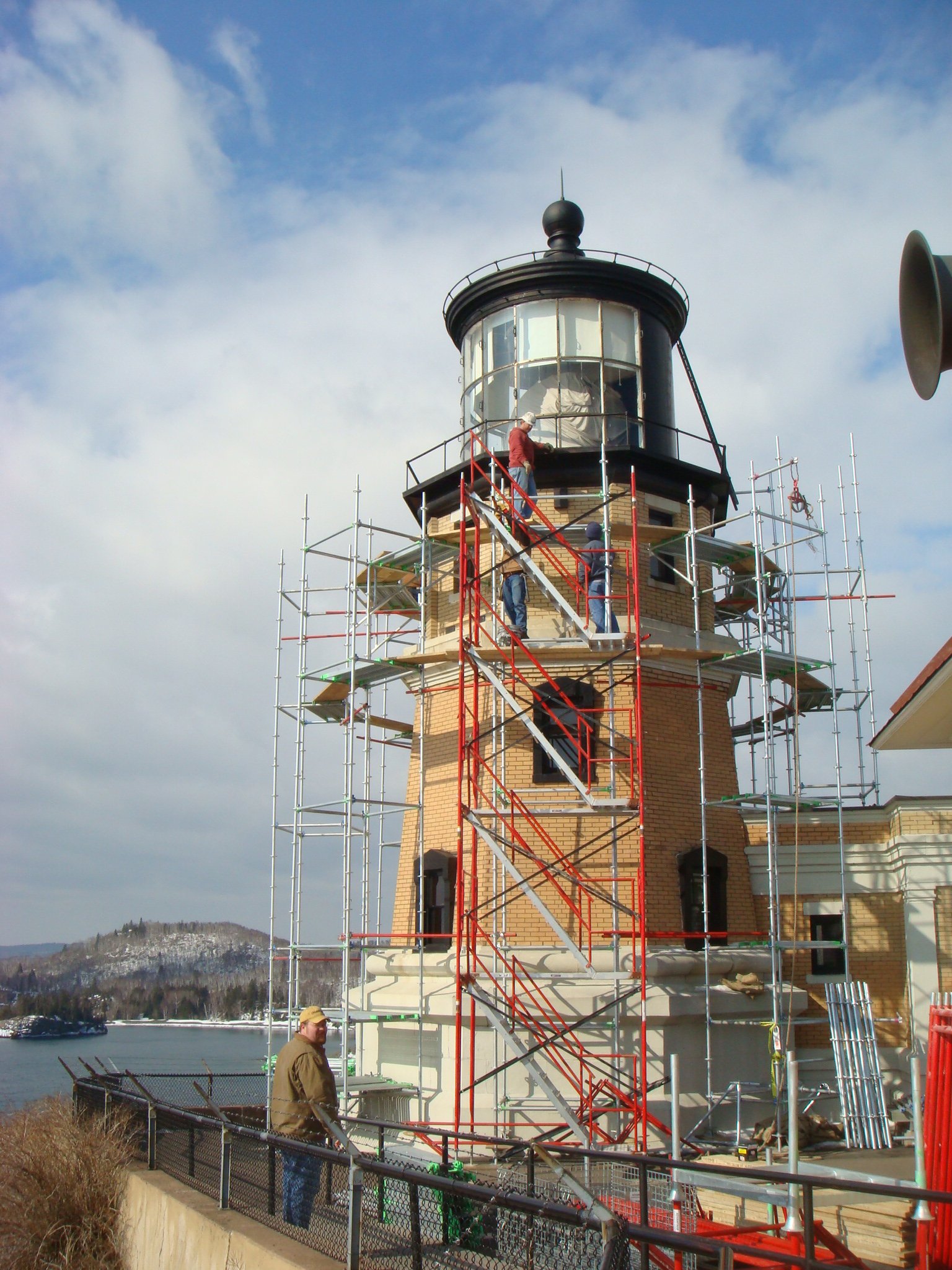 As mother nature continues to take her toll on the property, the Minnesota Historical Society (MHS) faces the constant challenge of trying to keep the landmark clean while preventing further damage to the lighthouse’s exposed and aging surfaces. In preparation of the lighthouse’s 100th anniversary, the building underwent a complete restoration to prepare one of Minnesota’s most well-known landmarks for future decades.

Soda blasting, a common cleaning method for restoring historic buildings, involves timely and costly containment setup, in addition to cleanup of the discarded soda. The fine sodium powder used in this process leaves a residue that prevents new paint from bonding to surfaces.

“We evaluated a number of cleaning methods, and our analysis found that sand and other forms of media blasting were quite destructive in the restoration of historical property.” - Paul Waugh, project manager for the Split Rock Lighthouse Restoration Project.

MHS needed an alternative to soda blasting in order to:

With a focus on a complete restoration and finding a cleaning solution that would not damage the lighthouse or remove any metal, MHS and its partner Collaborate Design Group (CDG) evaluated a number of different cleaning systems and solutions.

The dry ice blasting process uses non-abrasive media in the form of recycled CO2 pellets that won’t damage surfaces or equipment. The combination of dry ice cleaning’s kinetic energy and thermal effects break the connection between the dirt and surface, lifting away contaminants.

Veit & Company, a Minnesota-based cleaning contractor, was invited to demonstrate how dry ice cleaning could achieve these goals. The objective was to remove loose and flaking paint, mold, surface contaminants and putty without damaging the lantern room.

"During our demonstration, what ultimately sold MHS on the process was the fact that we were also able to show that dry ice blast cleaning does not produce secondary waste. Any paint chips and debris that we removed during the blasting process could be cleaned up using a shop vac.” - Dan Gotz, project manager, Veit & Co.

1) Removed old chipped paint and residue without any secondary waste

The combination of the kinetic and thermal gradient effects of dry ice blasting breaks the bond between the surface and the residue, which is blasted away and easily removed.

The dry ice particles sublimate upon impact, leaving no other cleaning by-product and eliminating the added cost and inconvenience of secondary waste treatment and disposal.

Titanium putty is the preferred option for filling the pits because it is able to withstand the rough elements that the lighthouse is constantly exposed to. The putty reacts the same as cast iron in that it will expand when heated and contract when cold.

With the old putty completely removed by the blasting process, MHS was able to put fresh putty in the pits and prevent the leaks.

The non-abrasive, non-conductive properties of dry ice blasting allowed Veit to clean the interior and exterior of the lighthouse’s lantern room. The Split Rock maintenance crew was able to control the pressure of the blast stream, which ensured that no additional damage was done to the landmark.

Veit was able to clean around the rare and expensive Fresnel lens, which was covered in soda after the prior preservation project.

4) Clean quickly and efficiently without additional clean up

The entire blasting process took four days, and with little clean up time, painting crews were able to begin priming and painting right away.

While the blast cleaning process was a small part of the overall preservation project, it played a major role in prepping the lighthouse for the rest of the work to be done. With the goal to undo what nature has done to Split Rock for nearly 100 years, CDG and Veit were able to help restore the lighthouse to its 1920s appearance using dry ice cleaning. 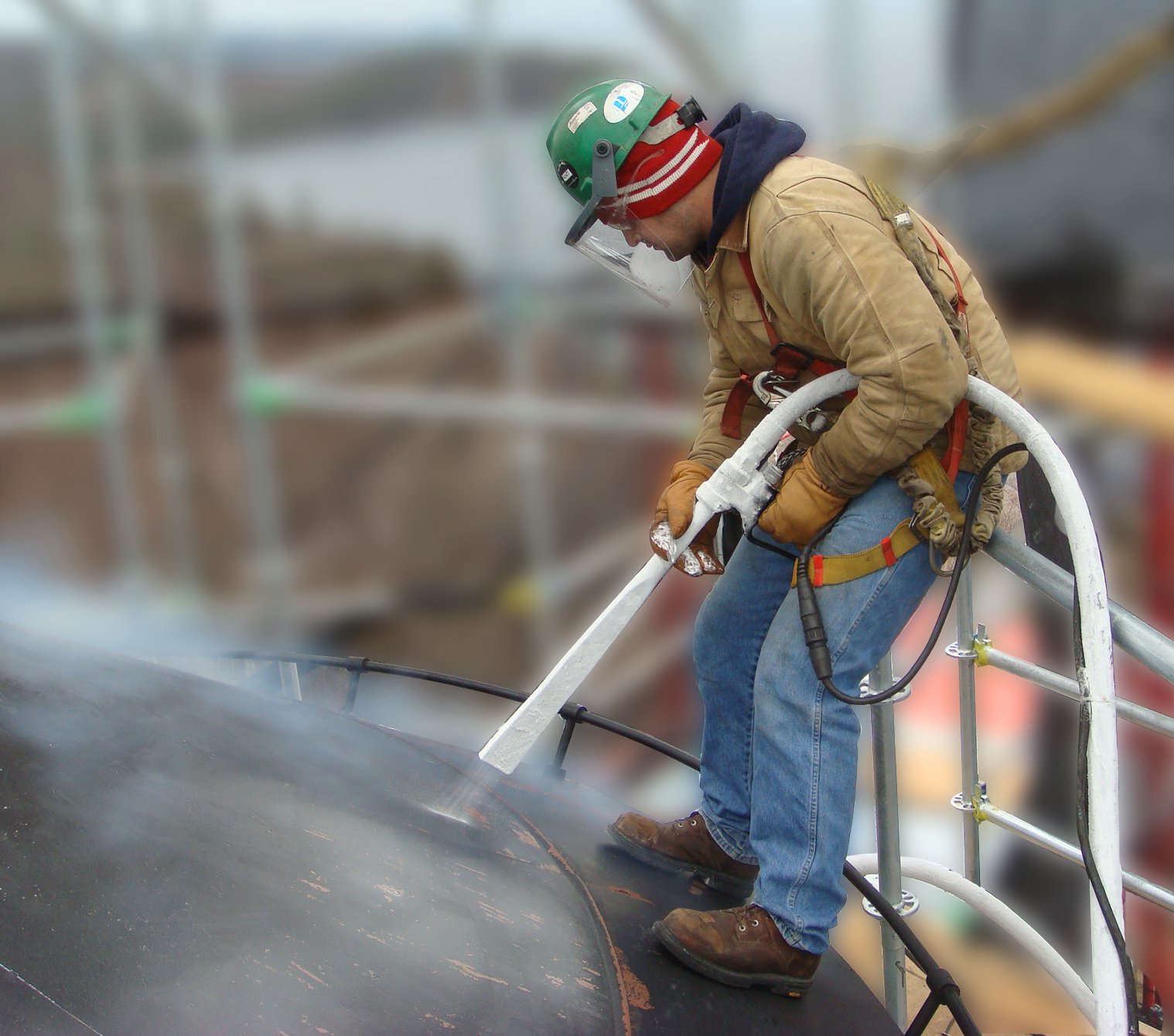