The historic downtown of Loveland, Ohio, is known for having a vibrant and charming town center filled with shops, restaurants and businesses. U.S. Flood Team was looking for an environmentally responsible cleaning solution that would be fast, effective and would not produce secondary waste.

Most of the smoke damage was on the ceiling of the upper floors, which had a lot of joists, wooden geometries and electrical wires. This almost doubled the amount of square footage that would need to be cleaned, which made the cleaning more difficult and time consuming.

Another concern was completing the project without disrupting the operation of the restaurant on the lower floor. The restaurant was also operating an outdoor seating area, which was right below the cleaning project.

Due to this, U.S. Flood Team wanted a solution that would leave no secondary waste and that would be environmentally responsible.

“The issue here is that there is an operating restaurant right under the rooms that we are cleaning,” said Mark Jones, President of U.S. Flood Team. “We can’t soda blast. They would not be able to have this open and operating if we used soda blasting. There would be debris everywhere. Even if we did seal up the windows, the soda could still exit the building through gaps in the façade.”

They would typically use baking soda blasting, which uses fine sodium bicarbonate powder, but it can create a big mess, can kill surrounding vegetation and can make it more difficult to apply paint to the cleaned surfaces.

“We were looking for an alternative because of the mess created and the time spent setting up containment to ensure that the soda would not exit the building,” said Jones.

The contractor decided that dry ice cleaning would be the most effective cleaning solution.

Cold Jet, also based in Loveland, wanted to contribute to the recovery of the downtown area and offered to donate an Aero 40FP and all the dry ice needed for the project.

Dry ice cleaning has become the preferred method to remove smoke soot, vaporized synthetic resins and char. It has even been known to eliminate the musty burnt smell that results from fire and smoke damage.

Dry ice blasting provides a fast and efficient removal of smoke damage even in the tight angles of trusses and around nails, wiring and all plumbing without damage to the surface integrity.

Dry ice blasting systems use non-abrasive media in the form of recycled CO2 pellets that will not damage surfaces or equipment. The combination of dry ice cleaning’s kinetic energy and thermal effect break the connection between the dirt and surface, lifting away contaminants. 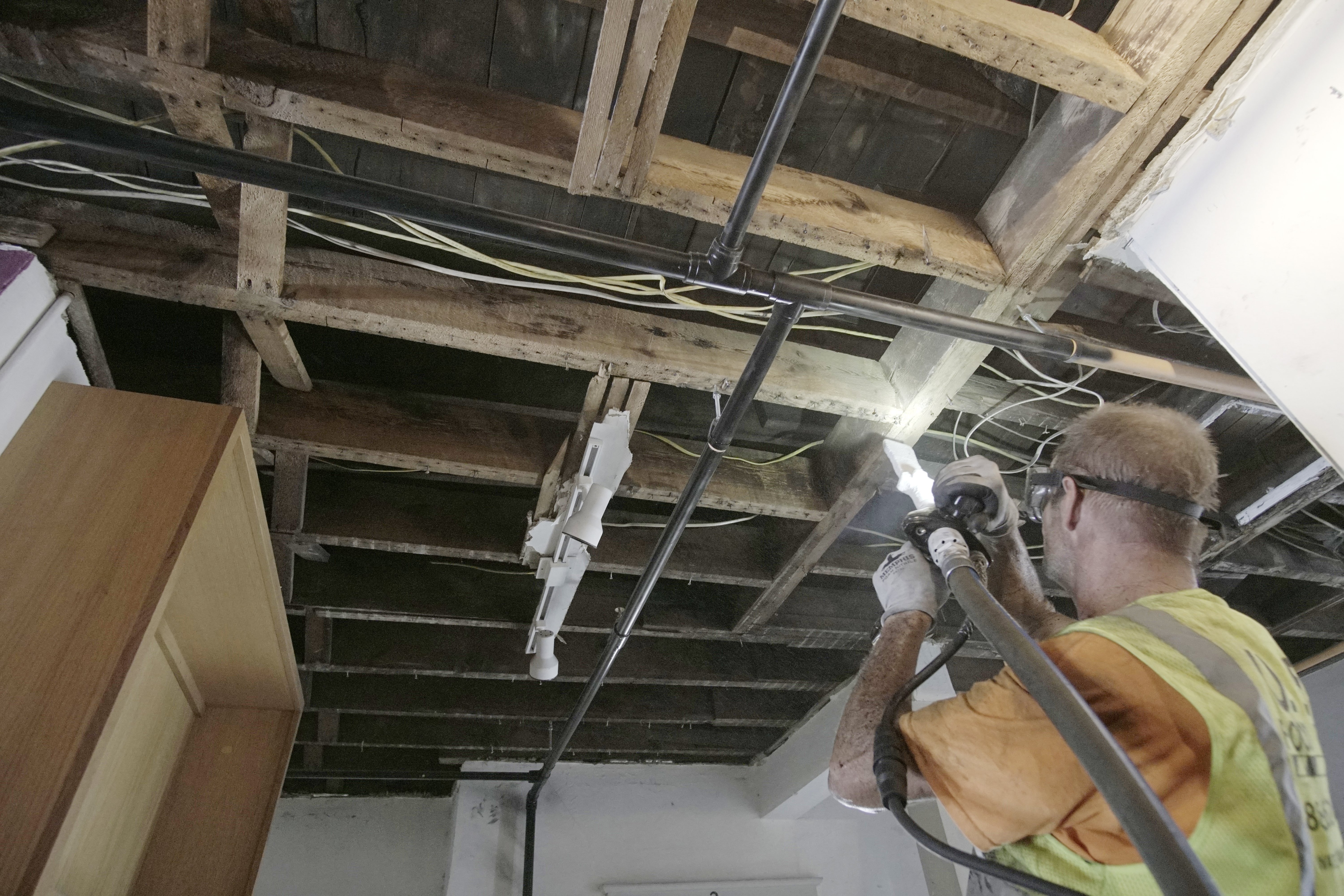 With dry ice cleaning, the only thing left to clean up is the dislodged contaminant, which falls to the floor. This can be picked up quickly with a Shop-Vac.

The restaurant was fully operational during the cleaning project. If the contractor used soda blasting, the restaurant would not have been able to stay open.

U.S. Flood Team was very pleased with the results and the time saved by using dry ice cleaning.

“I like the dry ice cleaning process and the Cold Jet machine couldn’t be any more user friendly, said Jones. “It’s fast and effective and saves a lot of time on the cleanup. I would absolutely use it again.”