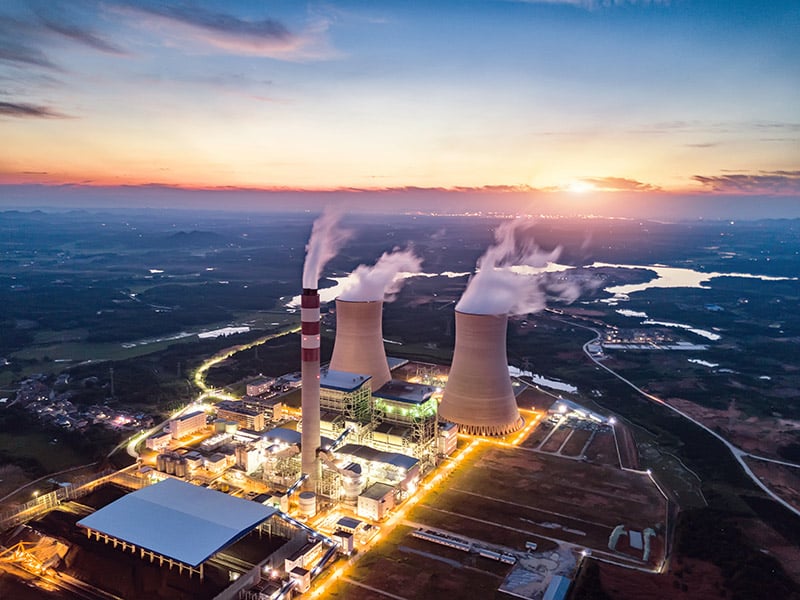 A nuclear facility was grappling with how to clean some more delicate pieces of equipment and maintain quality standards in the face of constant production.

At their fuel conditions facility, employees stabilize fuel from a nuclear reactor, removing sodium before it can separate isotopes and make the fuel suitable and safe for intermediate duration storage. This process takes place in an isolated box-like chamber with an argon atmosphere and vacuum to prevent burning of fine particulates. After several stages of processing within this chamber, the material becomes a moderately fine particulate.

Cleaning was difficult and timely

While a three inch border and 500 torque of power make the chamber ideal for keeping radiation in, they also make the chamber fairly inaccessible to outside sources, and that includes cleaning and equipment upkeep. The process not only generates many airborne particulates, but works the machines hard.

“We have all this equipment in that area,” said the systems engineer. “Obviously, we can’t service that. We can’t send somebody in there in a spacesuit with a wrench and screwdriver to make adjustments. So the system is also set up with an airlock, and the airlock allows us to transport the vast majority of our equipment in and out.” 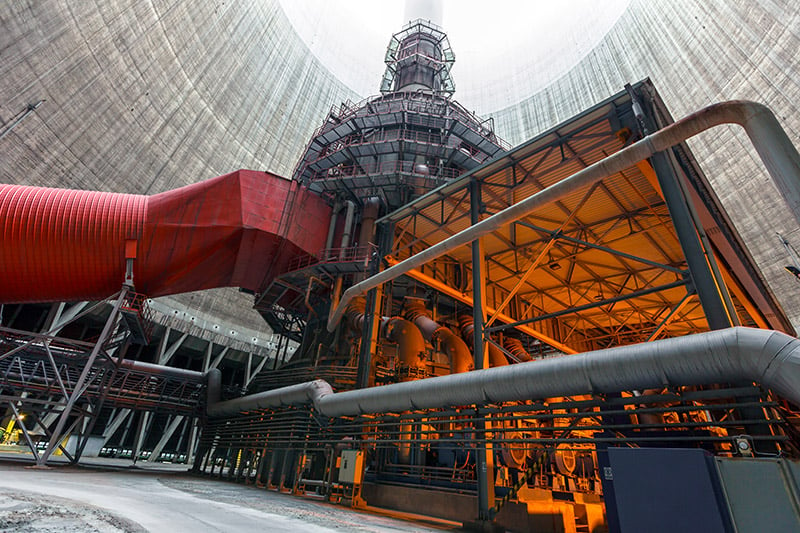 However, even when employees suit up and meet the equipment in a “suited area” outside of the specified compartment, they still face the issues of contamination and significant downtime. The typical method of cleaning something like that is with commercially produced wipes that allow employees to wipe off the contaminant that might be on the surface.

Yet this doesn’t sufficiently rid the machines of contaminants in hard to access areas, such as the cracks or between beams. “Those contaminants typically have a decay rate between 100 and 250 thousand decays per minute,” said the systems engineer.

His in-cell cranes and manipulators eventually had enough contamination buildup that the engineer and his team had to spend two days just cleaning them to meet a contamination level that would allow them to work safely. A typical wipedown took 6-7 hours, plus the additional radiation exposure to the craftsmen. That extended period of downtime drove them to look for another way.

“This is one of those items where the history is based on frustration,” the systems engineer shared. Besides dry ice blasting, he also looked into companies that clean similar equipment using nitrogen. He found Cold Jet during a demonstration, which uses dry ice blasting, and was sold after trying it out.

“All of our stuff is epoxy-coated. So I can’t go chipping through the epoxy coat because now I open up an area for worse forms of contamination as well as rusting. … I tried [dry ice blasting] and I had the ability to remove all of the greasy oil and have perfectly remaining paint. It took me a couple tries, but once I got used to it, it was a breeze.”

Dry ice blasting utilizes recycled CO2 particles, or dry ice,  to lift the contaminants from the material of choice. With many models of machines, this can be applied in varying application.

The systems engineer decided to purchase a Cold Jet SDI Select 60. With this model, he and his coworkers can station the machine outside the chamber and reach a hose through in order to clean the equipment without the hassle of removing it. They’ve tried several different positions to best reach inside, but found the distance reassuring. With the distance between the workers and the machines in the cell, he is able to significantly reduce the radiation exposure of everyone involved.

They’ve also experimented with different sizes of pellets to see what will penetrate the nooks and crannies without blowing back on the operator or damaging the machine.

“We have a plant air system that we can plug right into, we’ve got one of the CO2 boxes so we can make our own pellet sizes, locally, before we do any of the decontamination, and what we have found is that we can get our material down to around 10,000 DPM and basically reduce the exposure to every one of our workers and craftspeople, while getting the equipment cleaner faster, which allows us to repair it faster and the faster it gets us back into operations. So it’s really been a boon for us.”

Using his Cold Jet machine, the systems engineer has reduced cleaning time down to between 45 minutes and an hour and 15 minutes. In light of the old norm of 6-7 hours, they are pleased with the results.

Another significant issue for him is the safety of his employees. The facility has extremely conservative exposure limits (between .2 and .5 compared to the government- approved 5), but has occasionally had to go beyond its comfort zone for its workers because of the inability to completely remove contamination.

“Within the company we have a special award, and this particular job was given the award because it reduced the radiological exposures to personnel significantly,” he said.

There are now several other facilities within the company that are looking into dry ice blasting solutions.

While he doesn’t possess an i3 Microclean, he praised them as “perfect for just about any nuclear power plant that’s doing contaminative refurbishment.”

He was also impressed by the durability of the accessories on his machine. He hasn’t had to replace the hose (which the facility uses in a plastic sleeve) at all since he’s purchased it, and he has replaced the nozzle only once.

“The advantage is that this helps everybody. If you can reduce your exposure, you can be safer with your crafts, and employees, and you can get work done faster,” he said.